I love talking to people about the books I'm reading, but, to be perfectly honest, I don't tend to read them in a timely-enough fashion to do traditional reviews of upcoming or recent books. Case in point: My latest read came out in 2015. It's won enough awards you've probably heard of it or read about it yourself. 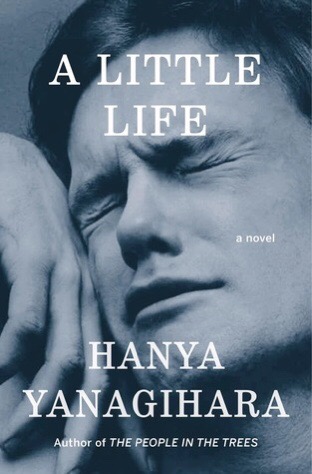 I first heard about A Little Life from one of my old coworkers' clients. I'm generally skeptical of book recommendations, even though I give them out readily to anyone who is or isn't listening. Book taste can be highly personal, so I always wonder if someone tells you to read a book without knowing what you typically like.

I ended up picking the book up after seeing it on a few book lists. The premise sounded like something I usually like: following a group of friends from young adulthood on, watching their lives unfold and the drama that ensues. It's a narrative that I inevitably glom onto happily– I loved The Emperor's Children by Clair Messud, The Interestings by Meg Wolitzer, and Elana Ferrante's Neopolitan series. I picked up A Little Life expecting more of the same.

Guys, this book made me bawl. Even on the plane I took back to Boston today– the guy sitting next to me gave me this knowing smile as we exited our seats, and I realized I probably looked like I was reading the book to cover up the fact that I was crying due to some personal tragedy. No, stranger: my imaginary friends made me this sad. I don't think I've felt this way from a book since I was a teenager reading one of those YA novels about kids dying of cancer that were so popular back in the 90s.

Many of the basic descriptions of the book, like the ones you find on Amazon or at the beginning of a book review, seem to skirt around the trauma of it. The bookflap itself says,

A Little Life follows four college classmates– broke, adrift, and buoyed only by their friendship and ambition– as they move to New York in search of fame and fortune. While their relationships, which are tinged with addiction, success, and pride, deepen over the decades, the men are held together by their devotion to the brilliant, enigmatic Jude, a man scarred by an unspeakable childhood trauma. A hymn to brotherly bonds and a masterful depiction of love in the twenty-first century, Hanna Yanagihara's stunning novel is about the families we are born into, and those that we make for ourselves.

First, and not to give too many spoilers here, I think part of the descriptive problem here is that it says Jude had
an unspeakable childhood trauma– which, I suppose is true, if you just want to call sixteen years of abuse at the hands of many, many people one singular event. And while I understand why the book's description wouldn't want to emphasize his history of abuse too much, in order to not make it sound too much like a Lifetime Original Movie, the book really seems to be about how a person has a "normal" life after experience so much abuse in their formative years. In fact, the first couple hundred of pages don't actually give much detail about Jude's history; the book focuses entirely on his friendships.

As I read it, I went back and forth, wondering if it was too sensationalistic when the narrative delved into Jude's past– plenty of folks have called it "trauma porn" since it's publication, and the sheer number of truly terrible things that happen to one person is questionable. But, ultimately, I think those scenes made the majority of the story, about his relationships with his friends– what he shares with them and how that affects their relationships– more impactful. The draw came not from "witnessing" the traumatic events, but from the rich internalization that we get to see from all the characters. The scene I found myself crying over were not the flashbacks to Jude's past, but the ones involving his present-day relationships.